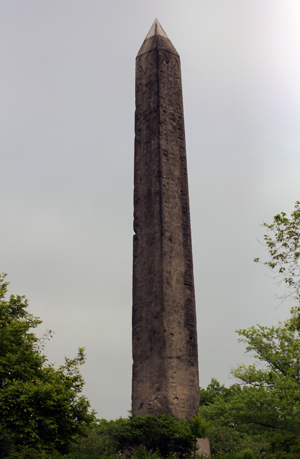 Description:  Cleopatra’s Needle in New York City was originally hewn out of a granite quarry in Aswan, Egypt around 1443 BC.  A matching set of these obelisks was prepared for Pharaoh Thutmosis III’s Heb Sed and set in front of the Temple of the Sun, Lunu, Egypt (Place of Pillars).  Each obelisk weighs about 220 tons, stands over 69 feet tall, with an 8-foot base and is set upon a 50-ton pedestal.

Around 13 BC, the pair of obelisks was moved to Cleopatra’s Caesareum in Alexandria, Egypt by Gaius Julius Caesar Augustus.  The damaged corners of these obelisks were “held up” (shimmed) by four specially-cast bronze crabs inscribed in Greek and Roman text that name the architect and builder who re-erected the obelisks and that they were done so on behalf of Emperor Augustus. 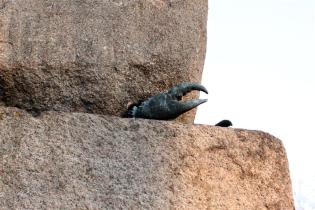 Recast bronze copies of the original crabs inscribed with William H. Vanderbilt’s Name (keeping the tradition of naming those responsible for the re-placement of the obelisk) (Source: ImagerySmith) 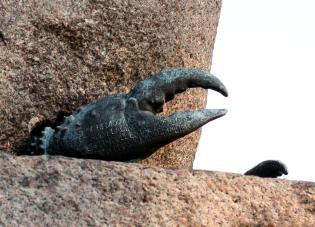 In 1301, a huge earthquake rattled the area, resulting in the casing stones of the Great Pyramid of Khufu to crumble and one of the obelisks to collapse.  Five centuries later, in 1801, the Egyptian government offered this fallen obelisk to England as a gesture of thanks for defeating Napolean’s Armée d’Orient during the Battle of the Nile.  In 1877, England finally took ownership of their obelisk and it was raised in London in 1878. 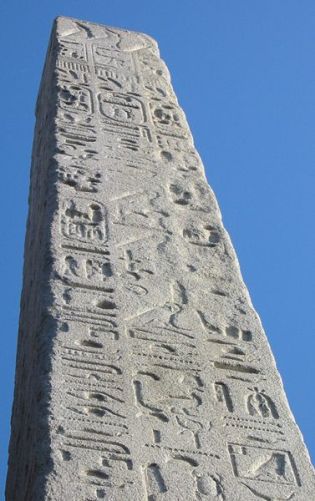 On May 18th, 1879, Egypt officially gifted the other obelisk to the United States for recognition of increased trade between the two countries. 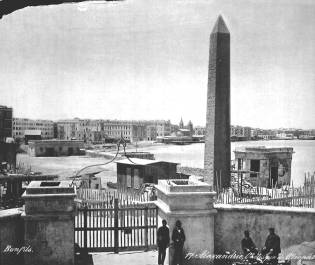 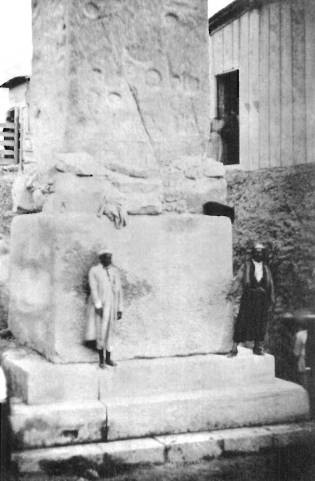 The United States wasted little time in arranging transport for their treasure from Egypt (financed by a generous donation from William H. Vanderbilt of $100,000). 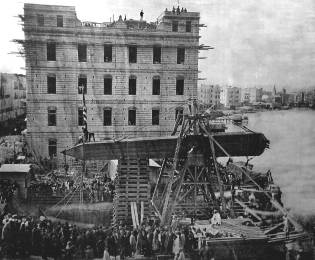 After moving the obelisk along a seven-mile trip from the Caesareum site in Alexandria to the shipyard, the steamship SS Dessoug finally departed Alexandria Egypt with the obelisk onboard on July 12, 1880. 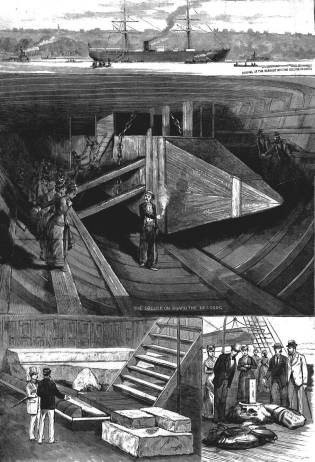 The Dessoug was heavily modified with a large hole cut into the starboard side of its bow.  The obelisk was loaded through this, where it was rolled upon cannonballs to somewhat ease this arduous task.

Despite a few setbacks during the voyage, not the least of which was a broken propeller, the SS Dessoug landed at Staten Island on July 20th 1880 from Egypt. 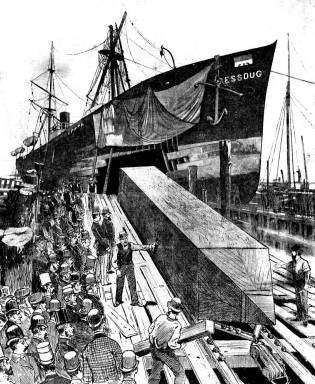 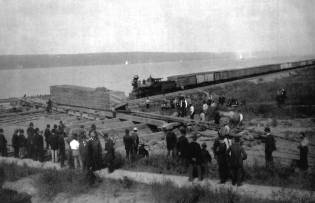 From July 1880 through January 1881, the obelisk was slowly transported through the streets of New York City.  In typical New York City fashion, the city’s occupants took the opportunity to throw a perpetual six-month long block party which followed the slow route of the obelisk. 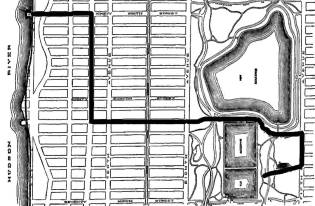 The last section leading to Graywacke Knoll was accomplished along a trestle, upon which the obelisk was pushed by steam engine across the unfavorable terrain to its final destination. 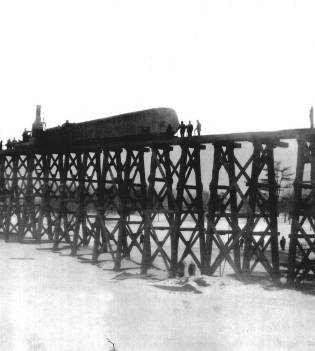